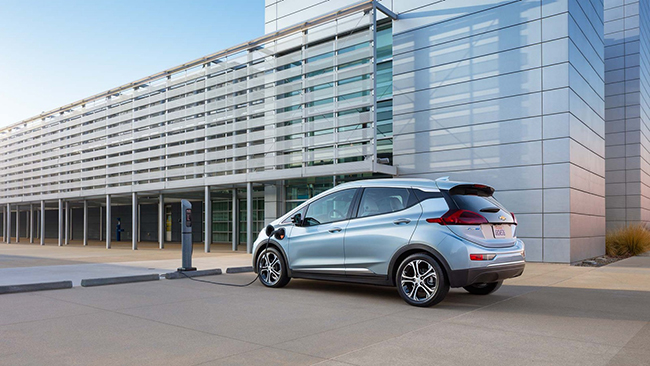 Michigan’s 2015 transportation funding legislation sought to address the state’s road funding woes by raising fuel taxes, vehicle registration fees, and making transfers from the general fund. For plug-in electric vehicle drivers, the law also introduced new annual surcharges on registration fees at $30 for plug-in hybrid electric vehicles (PHEVs) and $100 for all-electric EVs. An additional fee is charged to these drivers based on an escalating formula tied to each increase of one cent in the state gas tax above its original $0.19 level. As of 2017, this means that PHEV drivers pay an additional fee of $47.50 and EV drivers pay an additional $135. When combined with the value based (ad valorem) fee that every owner pays when registering their vehicles, plug-in vehicle drivers are now paying between $300 and $390 in up-front fees.

The result of these new fees is that PHEVs and EVs pay significantly more in annual transportation-related taxes than comparable gasoline vehicles. As shown in Figures 1 and 2, the most popular plug-in hybrid models pay between $20 and $70 more, while full-electric models pay between $90 and $160 more than their internal combustion engine (ICE) counterparts. These fees are as much as 30% higher for PHEVs and 67% higher for EVs than comparable ICE vehicles under today’s transportation taxes. This disparity will continue to grow if gas taxes are increased beyond current rates. 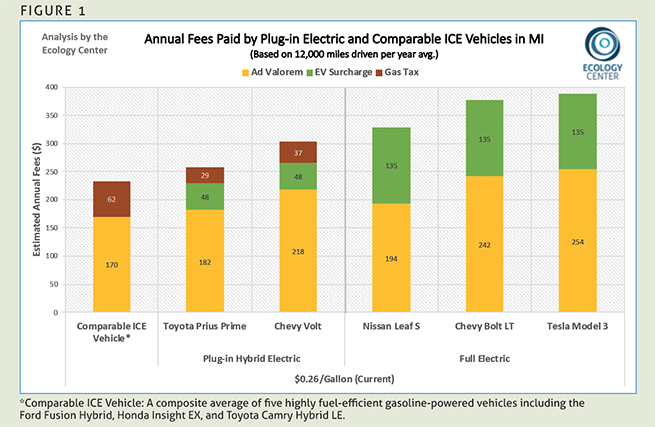 One reason the fees on electric vehicles are so much higher is that they are based on the fuel taxes that “average” gas-powered vehicles--like the larger and heavier Ford F-150 pickup truck, rated at 25 mpg--pay on an annual basis. However, today’s plug-in vehicles are more similar in size and efficiency to gas-powered cars like the Ford Fusion Hybrid or Honda Insight, which achieve closer to 50 mpg. The other reason EV fees are higher is because plug-in vehicles already pay higher ad valorem registration fees (and sales taxes), due to their higher purchase cost. In this sense, EV owners are being asked to pay twice: once for the higher value of the vehicle compared to gasoline models, and once again for not paying gasoline taxes. A more equitable approach would be for plug-in vehicle fees to be based on the total road funding fees and taxes that comparable gasoline vehicles pay.

Plug-in electric vehicles should pay their fair share of transportation system costs, meaning that the additional fees they pay should be lowered to a level comparable with what efficient ICE vehicles pay. The Ecology Center’s analysis shown in Figure 3 illustrates what these fees would look like if fixed annual surcharges were eliminated and replaced with escalating plug-in fees set at half the current rate. This new structure would mean drivers of plug-in vehicles would pay an additional fee on each cent in state gas tax of $1.25 for PHEVs, $2 for short driving range EVs, and $2.50 for long range full electric vehicles. While other potential solutions could be applied, this approach would bring ICE taxes and fees for each kind of plug-in vehicle much closer to parity, both today and under any future gas tax rate.

As Michigan’s lawmakers debate the best path forward for our transportation system, we should seek real and sustainable funding solutions that don’t unfairly penalize this growing market. The plug-in vehicle fees instituted in the 2015 legislation are too high relative to their fair share of system costs, and will diverge even further under higher gas tax rates while providing only a tiny fraction of the state’s needed transportation revenue. Instead of further disincentivizing the adoption of this clean transportation technology, lawmakers should revise the EV fee rates in the 2015 legislation to bring them toward parity with more comparable, efficient gas-powered vehicles.

Longer-term, additional solutions will need to be explored to address anticipated increases in vehicle fuel-efficiency overall, as well as reflect the actual mileage that plug-in vehicles travel each year. We suggest applying several key principles to guide future decisions that allow the state to maintain sustainable revenues for maintaining and improving the state’s roads and bridges, promote less polluting technologies, and treat all vehicle drivers fairly at the same time. 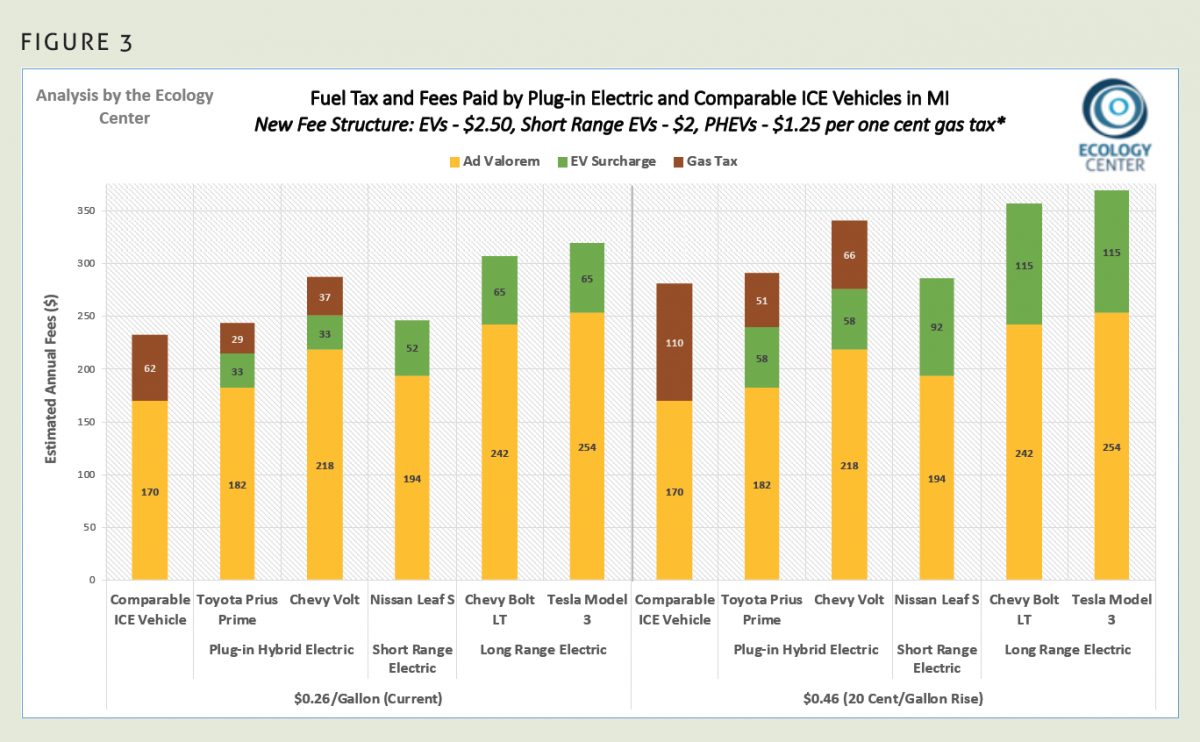 The Ecology Center has released a new report offering original research and policy recommendations for a road funding model that promotes a clean transportation shift benefitting the health of Michigan’s environment, people, and economy.
Read More