Lead Leaches into Water from Hoses, Study Finds; The Market is Shifting to Safer Materials and Products 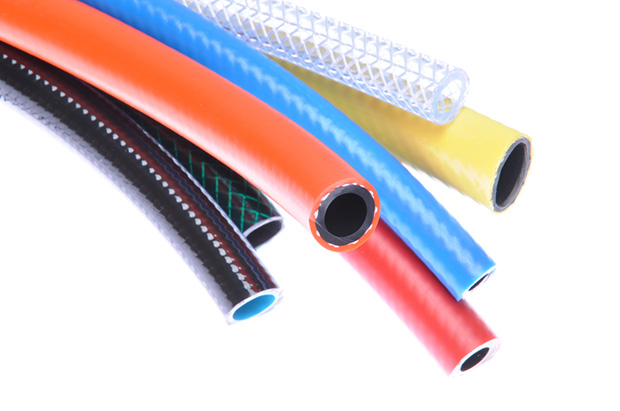 Ann Arbor, MI - High levels of toxic lead and phthalate chemicals are still present in many garden and yard water hoses today, according to researchers at the Ann Arbor-based Ecology Center.  The new research also discovered that half of the vinyl (PVC) hoses tested contained electronic waste (e-waste) vinyl contaminated with toxic chemicals.

The report calls on national retailers and manufacturers to phase out the use of lead, phthalates and contaminated vinyl scrap plastic in garden hoses.

“Even if you actively avoid putting harmful chemicals into your yard or garden in the form of pesticides, you could still be adding hazardous chemicals into your soil by watering with one of these hoses, ” said Gillian Miller, Ph.D, staff scientist at the Ecology Center.  “The good news is that none of these chemicals are necessary in garden hoses, and a number of safe hoses are available.”

Examples of the worst products include:

What Was Found in the Water

The market has started to shift to safer materials and products:

What You Can Do

“Gardening hoses appear to be a dumping ground for highly contaminated e-waste.  Over one-third [38%] of the hoses have the fingerprint of recycled e-waste being used,” said Jeff Gearhart, Research Director, HealthyStuff.org. “Products designed to handle water should never have e-waste material used as filler just to save a dime.”

“Big retailers like The Home Depot should get toxic chemicals like lead and phthalates out of garden hoses and other products,” said Mike Schade, Mind the Store Campaign Director of Safer Chemicals, Healthy Families.  “It’s unconscionable that in the year 2016  these chemicals are still found in products on store shelves. Parents shouldn’t have to worry whether the garden hoses their children and pets drink from contain chemicals that may harm their health.”

For more details on what the Ecology Center researchers found, and what you can do to avoid toxic chemicals this gardening season, visit www.HealthyStuff.org.

Gardening hoses appear to be a dumping ground for highly contaminated e-waste. Over one-third [38%] of the hoses have the fingerprint of recycled e-waste being used. Products designed to handle water should never have e-waste material used as filler just to save a dime.
— Jeff Gearhart, Research Director, HealthyStuff.org

Erica Bertram
Communications and Marketing Director
Focus: Media and Press Inquiry
Cell: 734-834-1581
erica@ecocenter.org
IMPORTANT NOTE: HealthyStuff.org ratings do not provide a measure of health risk or chemical exposure associated with any individual product, or any individual element or related chemical.