Success! – Home improvement retailers follow through on commitments to remove phthalates from flooring 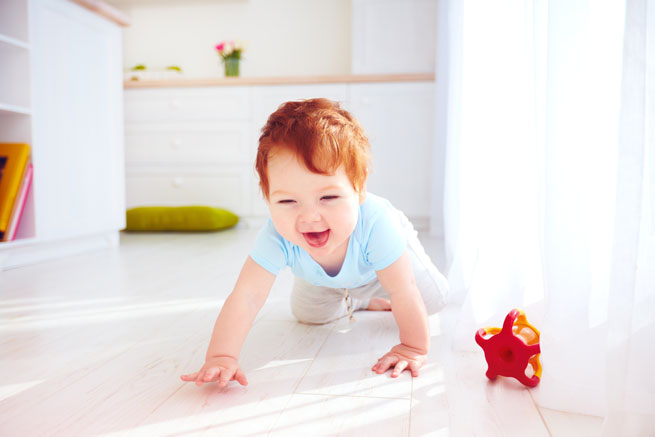 Tens of millions of pounds of phthalates annually eliminated from vinyl flooring: That’s the victory our collaborative Mind the Store campaign scored in 2015 after we secured commitments by leading retailers to eliminate phthalates from flooring. We did this by first testing dozens of floor tiles from the nations’ largest home improvement retailers, then reporting the results, meeting with the companies and challenging them to step up. This effort was a collaboration between the Ecology Center, Safer Chemicals Healthy Families, the Environmental Health Strategy Center and Healthy Building Network.

Four years later, our new tests found that the top retailers of flooring have honored that commitment. Their actions demonstrate the power that retailers have to transform the marketplace away from unnecessary toxic chemicals in building and consumer products to “mind the store.”

Driving phthalates out of flooring

In 2015, 58% of 65 vinyl floor tiles we tested contained elevated levels of phthalate plasticizers, including 100% of samples collected from Lumber Liquidators, 70% from The Home Depot, and 48% from Lowe’s. Over half of the top layers, made of virgin vinyl, contained phthalates. Many backing layers contained contaminants from recycled vinyl: lead, cadmium, antimony, and bromine (suggesting the presence of brominated flame retardants), for example.  These contaminants were most likely from plastic electronic waste.

Fueled by our test results and public report, we persuaded the nation’s largest home improvement and flooring retailers to eliminate added phthalates from flooring. The Home Depot was the first to commit to phasing out this hormone-disrupting class of chemicals by the end of 2015. Soon after, we secured similar commitments from top competitors, including Lowe’s, Lumber Liquidators and Menards. And in the month that followed, other major retailers of flooring joined them, including Ace Hardware and Floor & Décor.

Lumber Liquidators and Floor & Decor went even further by also banning recycled vinyl to avoid incorporating the associated hazardous contaminants. In November 2015, in response to our campaign, Lumber Liquidators announced the company’s new policy agreement to become the first major retailer to publicly ban the use of contaminated vinyl scrap plastic in flooring. The company committed to adopt new standards that require its suppliers of vinyl flooring to end all use of reprocessed vinyl plastic in vinyl flooring and limit lead in flooring to less than 100 parts per million (ppm). And Floor & Decor went even further by adopting the most stringent standards addressing contaminants in vinyl among the nation’s top flooring retailers. The company banned vinyl scrap plastic and limited lead, cadmium, toxic flame retardants, chromium and mercury to 100 ppm.

How have top retailers implemented their bans on phthalates in flooring?

Almost four years later, we checked up on three of the largest flooring retailers. We purchased vinyl floor tiles in 2018 from The Home Depot (10 tiles), Lowe’s (13 tiles), and Lumber Liquidators (3 tiles). When available, we chose brands and patterns we had tested in 2015. We separated the tiles into their distinct top and bottom layers. In addition to testing for phthalates, we tested the tiles for heavy metals and bromine to identify whether contaminated recycled vinyl may be present.

None of the new samples we tested contained phthalates at levels we could detect. We commend these retailers for following through on their commitment to eliminate toxic phthalates from vinyl flooring.

The instrument used for this screening reliably detects phthalate levels of approximately 1% and higher. Most top and backing layers contained the non-phthalate plasticizer DOTP (also called DEHT). DOTP is considered a safer alternative to phthalates, although data gaps remain which must be filled, particularly with regard to possible endocrine disruption. DOTP received a Benchmark 3 with data gaps in a 2012 GreenScreen hazard assessment, compared to a List Translator-1 score for phthalates like DEHP and DINP. Benchmark 3 indicates a chemical can be safely used but there is opportunity for improvement. New research showing interaction of DOTP with hormone receptors underscores the need to further test this chemical. A few of the new tiles contained benzoate ester plasticizers--also considered safer alternatives--in addition to DOTP.

Compared to the top layers, the backing layers of the new tiles contained somewhat higher levels of elements associated with electronic waste, but the levels were much lower than in the 2015 backing layers. It appears that the hazardous elements antimony, bromine and lead have been virtually eliminated. This finding suggests that the retailers’ suppliers of the floor tiles we sampled have significantly reduced the use of contaminated recycled vinyl, which we applaud.

Tackling phthalates as a class

What’s particularly significant is that these retailers tackled ortho-phthalates as a group of chemicals, instead of replacing one phthalate with another phthalate plasticizer.  Phthalates are a class of chemical compounds that share a similar chemical structure, and their widespread use results in continuous human exposure.  At least 41 phthalates are now under regulation by authoritative government agencies in North America and Europe.  (The actual number is higher since this includes both individual compounds and commercial mixtures of multiple phthalates).  While some chemical industry representatives argued that some phthalates such as DINP are safe, the evidence demonstrates that the entire class of phthalates is problematic. Therefore, DINP cannot be considered a safer alternative to other phthalates. Fortunately, safer non-phthalate plasticizer alternatives to phthalates in vinyl flooring (and other products) are widely available.

Any flooring retailer that has yet to take action should survey its suppliers and adopt policies to eliminate phthalates in flooring. Companies must also phase out the use of recycled vinyl feedstocks that are contaminated with phthalates or other substances of high concern (e.g. heavy metals, halogenated flame retardants and PCB’s). The circular economy will be a failure if we keep reintroducing hazardous chemicals back into commerce.

Given the lifecycle hazards of vinyl (PVC) plastic, over time retailers should also adopt programs to reduce and phase out the use of PVC plastic in flooring. The production, use, and disposal of PVC flooring may release hazardous chemicals, including chlorine gas, ethylene dichloride, vinyl chloride, mercury, PFAS, asbestos, and dioxins, exposing workers and fenceline communities to dangerous chemicals. Safer alternatives, such as bio-based linoleum, are readily available. Linoleum lasts longer and requires less toxic cleaning products to maintain. Retailers should also work to reduce and eliminate phthalates and PVC in other building materials and consumer products over time.

In closing, our new testing confirms the impact our campaign has had in driving phthalates out of flooring. We look forward to tackling the next categories of remaining uses of these dangerous chemicals sold at retail to slam the door on phthalates once and for all.

Gillian Miller is the Senior Scientist at Ecology Center.  Mike Belliveau is the Executive Director of Environmental Health Strategy Center. Bill Walsh is Founder and president of the board of Healthy Building Network. Mike Schade is the Mind the Store campaign director of Safer Chemicals, Healthy Families.

Product Test Results
Report
IMPORTANT NOTE: HealthyStuff.org ratings do not provide a measure of health risk or chemical exposure associated with any individual product, or any individual element or related chemical.