The Problem is Everywhere

Toxic chemicals are ubiquitous in what we eat, drink, touch, and breathe. Their effects on human health are insidiously complex, as new discoveries on health outcomes and disparities frequently remind us. Right now, researchers are identifying the relationship between exposure to everyday endocrine disruptors and COVID-19 outcomes. Phthalates, prevalent in an array of soft plastics and personal care products, affect cytokine levels in the body--a key element in the destructive immune response to COVID-19. BPA, common in thermal receipt paper and aluminum can linings, has been shown to increase the production of a specific molecule that affects lung inflammation in response to coronaviruses. Children exposed to PFAS in utero don’t respond as well to vaccines and fare worse against a range of infections.

Despite mounting data showing the need to address toxic chemicals in a comprehensive way, the chemical safety of our marketplace remains minimally regulated and largely unknown. The E.P.A. holds comprehensive data on just a sliver of the tens of thousands of chemicals in the U.S. market today, and it’s issued restrictions on only a handful of chemical classes.

Punching Above Our Weight

The first step in removing dangerous chemicals from our environment is showing what and where they are. This is what Healthy Stuff does, both by uncovering the chemical composition of everyday products and by making that data available to the public.

You wouldn’t guess it from the size of the team or the tiny footprint of the lab --at 15’ x 15’, it’s the size of the average U.S. master bedroom, run by a full-time staff of just three people--but the Ecology Center runs one of the leading non-profit public testing projects in the United States. No other independent organization in the country does as much original research on toxics in consumer products and environmental sampling as the Ecology Center does through our Healthy Stuff program.

Over the past 14 years, Ecology Center’s Healthy Stuff team has won major victories, helping to remove hazardous chemicals from hundreds of consumer products. For example, Ecology Center’s original research led to the elimination of BPA from the roughly one billion food cans produced by Campbell’s and Del Monte each year. Thanks to Healthy Stuff, Americans and Canadians have more safely enjoyed 848 million servings of Campbell’s condensed tomato soup alone since 2016.

How does a team so small make an impact so big? By starting with an ambitious and creative idea. The Ecology Center figured out that we could get toxic chemicals out of our marketplace more quickly and effectively by both testing products and engaging directly with companies and consumers--a combination other organizations weren’t attempting.

In collaboration with NGO allies, we’ve successfully pressured corporations to improve the chemical safety of the products they make and sell, as well as the environmental impact of their manufacturing processes. The unique, effective model we pioneered for effecting change in the marketplace has helped launch similar consumer product testing programs, changing manufacturing and corporate chemical policies around the globe.

The Ecology Center’s consumer product testing program got its start as HealthyCars.org in 2006, after we conducted our first study using a relatively inexpensive screening tool initially lent to us by a manufacturer. We screened automobile interiors for toxic chemicals and posted the results online, catching the attention of major car manufacturers. They responded with increased attention to vehicles’ indoor air quality and renewed attention on their supply chains to eliminate toxic chemicals.

Later that year, toy testing followed, and the release of the toy study results--pitched directly to consumers--marked a transformative moment.

When the Ecology Center launched the HealthyToys.org database during the 2007 holiday season, the open-access site was the first of its kind and attracted national renown: the testing of children’s toys and products was featured by Fox News, CNN, Reuters, CBS, The Wall Street Journal, The Washington Post, and The San Francisco Chronicle.

On its first day of existence, the HealthyToys.org website received more than 5.6 million search hits and 1.8 million page views. Over 200 radio and TV stories aired that day, in nearly every market in the U.S., both large and small. Instantly, the Ecology Center’s email list jumped from approximately 10,000 to over 100,000. 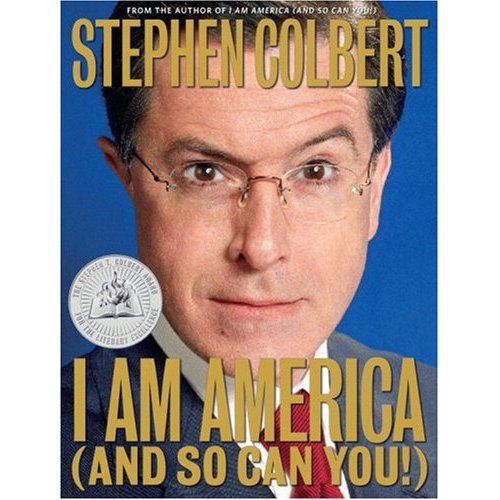 Comedian Stephen Colbert discussed Healthy Stuff in his bestselling book, "I Am America (And So Can You!)."

Most importantly, HealthyToys.org brought national public scrutiny to the chemical hazards widespread in toys and toy manufacturing. For example, our disclosure campaign helped reduce the percentage of toys with illegal levels of lead from 13% of toys to 4% (as detected in random sampling).

When the next toxic chemical screening project began, it was clear that Ecology Center’s consumer product testing efforts were just getting started. Healthy Stuff was born.

A Growing Program with Global Impact

The impact of Ecology Center’s consumer product testing project has continued to grow from its impressive start. To reflect that growth, the program rebranded with the all-inclusive name of Healthy Stuff in 2010.

In the past decade, the Ecology Center’s testing has driven healthier product production across an impressive range of product categories and industries. Healthy Stuff has anchored successful campaigns to get toxic chemicals out of all kinds of things surrounding families in their everyday lives: kids toys, food packaging and food handling gloves, car seats and crib mattresses, home and commercial carpet and flooring, garden hoses and crumb rubber playground surfacing--even holiday decorations and Mardi Gras beads.

By 2015, the Healthy Stuff database included over 10,000 products, and our research routinely raises awareness at the national level.

In 2012, for example, Healthy Stuff captured the attention of the tech world with the largest-ever study of chemical hazards in mobile phones. The study was rated as one of the “12 Most Popular GreenBiz Stories of 2012” by Greenbiz.com. Our 2015 study of vinyl floor tiles led to a major commitment by retailers including Home Depot, Lowe’s, Menards, and Lumber Liquidators to phase out phthalates from all their vinyl flooring, and we followed up in 2018 to confirm that Home Depot and Lowe's kept their promises.

Many organizations have learned from the Ecology Center and created their own testing programs, most notably the International POPs Elimination Network, a global NGO working to eliminate toxic chemicals in countries around the world. IPEN’s testing of consumer products has led to country-wide changes in laws and regulations.

Collaboration has been a cornerstone value for Ecology Center since its founding, and it’s also a key strategy across our programs. Healthy Stuff succeeds in large part by working in coalition.

The Healthy Stuff team works with community-based organizations and national campaigns around the country, partnering to screen products for chemical hazards and to monitor contaminants in the environment. We engage with manufacturers to help them redesign their products using safer alternatives, and we empower people to advocate for product and policy reform.

One of our most significant joint endeavors today is the Safer Chemicals, Healthy Families coalition and its Mind the Store campaign, which is calling out major retailers using Ecology Center findings on bisphenols in receipts, phthalates in food handling gloves, and more. Thanks to original research we helped conduct in 2018 as a follow up to our vinyl flooring study, Lowe’s also committed to selling only PFAS-free carpets and rugs starting January 2020 thanks to pressure from us and Mind the Store.

PFAS “forever chemicals,” detectable in the blood of virtually all Americans, are one current area of focus in Healthy Stuff’s wide-ranging work to clean up our marketplace. Right now, Ecology Center’s grassroots efforts are quite literally looking toward grassroots: our most recent testing examining artificial turf helped identify a major new source of PFAS contamination nation-wide.

For as long as our chemical laws fail to protect us, Ecology Center will continue to leverage the power of science and collective action to identify and eliminate toxic chemicals from our marketplace. We believe everyone deserves healthy stuff.

Each week this year we will be sharing one of 50 stories, for the 50 years of our history, and we’ll link those milestones to our current campaigns for healthy people and a healthy planet. Check back weekly for more, including further stories on Healthy Stuff’s groundbreaking work.