Give Earth a Chance

Founding of the Ecology Center

Over four days in March 1970, a small group of students and community activists organized a Teach-In on the Environment in Ann Arbor, Michigan, attracting 50,000 people to rallies, workshops, speeches, and actions about the most pressing environmental issues of the day.  The Ann Arbor Teach-In was the first of hundreds of Earth Day events held across the United States that year, in what, at the time, constituted the largest mass mobilization of people in U.S. history.

Birth of the Modern Environmental Movement

Nationwide, the first Earth Day marked the birth of the modern environmental movement, leading to passage of the country’s landmark environmental laws -- the Environmental Protection Act, Clean Air Act, Clean Water Act, and many others.

In Michigan, the first Earth Day led to passage of the state’s principal environmental statutes, which, for many years, were considered among the country’s strongest.  The first Earth Day also marked the birth of the Ecology Center -- the creative hub behind dozens of campaigns and programs for healthy people and a healthy planet over the last 50 years.

The Ecology Center founded one of the country’s first recycling programs; built one of the nation’s earliest labor/environment coalitions, winning passage of Michigan’s Right-to-Know law; led the campaign that closed all of Michigan’s medical waste incinerators; built the largest locally funded land preservation program in the Midwest; created the premier product testing service for toxic chemicals; and much more.

The Ecology Center was formed as part of a vision to create centers of activism all over the country - in major cities and small towns -  to spur local and regional environmental transformation. 50 years later, our vision and mission has expanded to include regional, national and international work, while remaining  grounded in the local community and dedicated to create and pilot innovative solutions for healthy people and a healthy planet. 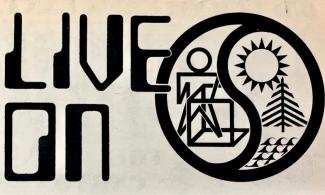 The Ecology Center started as a small community-based organization with funds left over from the first Earth Day.

The broader vision was to create ecology centers all over the country to seed grassroots change, and to develop regional models that would show how we can grow food more sustainably and source locally; power our lives with renewable energy; reduce and eliminate waste, and recycle what was left; support public transportation; encourage urban planning to elevate the needs of pedestrians and many other goals. Berkeley California had already established a center that could serve as a model.

The groups that participated and that were started at the first Earth Day tended to be progressive, community-based groups that had grassroots status and structures.  Because most of these groups were small, they relied on coalitions and the sharing of information and resources with other groups. They also required highly motivated staff and volunteers. They were able to react quickly to local concerns because of their size and more open, loose structure and leadership. The groups applied professional expertise and organizational skills to specific environmental issues, often using direct action such as protests, and usually on local issues.  The motto was "think globally, act locally".  The Ecology Center was one of those organizations.