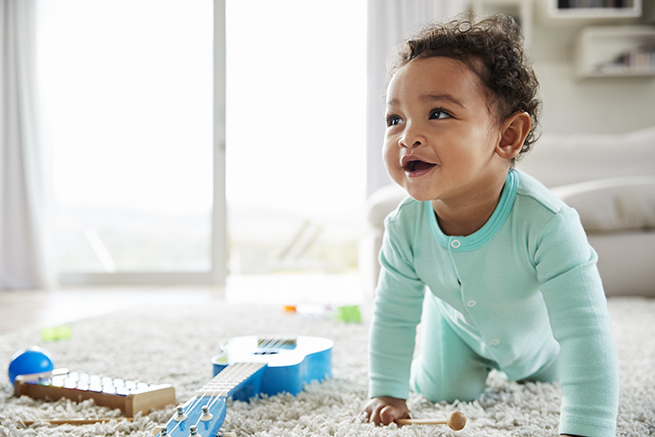 (WASHINGTON, D.C.) - The Home Depot, the world’s largest home improvement retailer, announced that it will phase out the sale of all carpets and rugs containing PFAS chemicals. The company will stop purchasing for distribution any carpets or rugs containing PFAS chemicals by the end of 2019. This decision applies to all of its 2,000+ stores in the U.S. and Canada and online sales. The company plans to address carpets and rugs sold in its Mexico stores next.

"We applaud The Home Depot for taking this important step to phase out the sale of carpets and rugs containing dangerous PFAS chemicals. This move will help to end the nonstick nightmare that is contaminating people's homes and communities across the country. It will also help drive the growing market movement to healthier homes. Other top retailers of carpets should join The Home Depot in driving these chemicals out of their supply chains. We also call on state legislatures and Congress to act quickly to ban these chemicals in products that contaminate our homes, drinking water and communities."

“This action highlights the fact that PFAS chemicals don't just show up in drinking water. PFAS chemicals released from many consumer products are commonly found in household dust and air. Our research has shown the PFAS chemicals have been widely used in both residential and commercial carpets for many years. Taking PFAS chemicals out of carpet eliminates one important source of PFAS in the indoor environment. We applaud The Home Depot's leadership.”

An Ecology Center report released in December 2018 found PFAS in half of all carpet samples tested (6 out of 12). PFAS are extremely persistent in the environment, and some of them build up in people and animals. They migrate out of consumer products into household dust and air, are released by industries, and contaminate drinking water and food. Once they are in our bodies, they stick around—with half-lives in people of up to eight years. Exposure to these compounds has been linked to a number of health concerns including cancer, hormone disruption, harm to the immune system, liver, kidney, reproductive, and developmental toxicity.

The Home Depot is the latest retailer to announce a policy commitment to reduce toxic PFAS chemicals in consumer products. This is the latest expansion of the company’s Chemical Strategy, first announced in 2017. Last year, The Home Depot announced it was phasing out the sale of methylene chloride and NMP in paint removal products. In 2015 the company was the first major retailer to ban ortho-phthalates in vinyl flooring, which led to a major ripple in the retail sector. The company has also restricted other hazardous chemicals, including halogenated flame retardants and NPE’s in product categories such as cleaning products, flooring, insulation, and paints.

The Home Depot’s new policy commitment comes just two months before the release of the 2019 “Who’s Minding the Store?” Retailer Report Card, which benchmarks retailers on their safer chemicals policies and implementation programs. In 2018, The Home Depot earned a B- in the report card.