How Did the Same Company Poison the Huron River For a Second Time?

And What Can We Do About It?

Updated August 16, 2022: The Michigan Department of Environment, Great Lakes, and Energy has determined that much of Tribar's release of around 4,000 pounds of hexavalent chromium did not reach the Huron River. A large portion was taken up by Tribar's filtration system and subsequently by the Wixom Wastewater Treatment plant. EGLE believes about 20 pounds of hexavalent chromium actually reached the watershed.

While this is good news for the watershed and Ann Arbor residents, the toxic chemical did not just disappear: it is now in Tribar's filters and in the Wixom plant. EGLE found that Tribar's filters are "clogged with material" containing high levels of chromium and the Wixom plant has chromium-laced liquids and solids that need special treatment. The incident illustrates the vulnerability of our fresh water and the need to eliminate hexavalent chromium in metal plating.

We are enraged by the recent toxic dump into the Huron River.

The beaches have emptied, the canoes and kayaks have been put away, and the anglers have packed up their poles while residents downstream, especially in Ann Arbor, worry about likely impacts to drinking water in the coming days and weeks. And, no less, this release has occurred while a heat wave envelops Michigan, and the river is, for many, the only reprieve.

Less than a week ago, the Ecology Center and partners finished prepping a collection of fish sampled from this very spot in the Huron River to send out to laboratories to test for PFAS. PFAS had entered the Huron River at the same place, discharged by serial polluter Tribar Manufacturing. To learn of yet another carcinogen dumped into our water less than five years later while we are still trying to understand the impacts of the first chemical release is simply enraging.

But unfortunately, it is not surprising. When it comes to toxic chemicals, federal and state laws are woefully inadequate, allowing industry to use over 80,000 chemicals that haven’t been tested for health and environmental safety in the manufacture of everyday products. In Washington, DC, and in Lansing, industry lobbyists have fought tooth and nail to prevent bringing our chemical laws up to the standards set by other affluent nations, in Europe and Canada. The chemical in question – hexavalent chromium – should be banned, and until it is, manufacturers should voluntarily discontinue its use.

What we know about the spill:

After learning of the discharge on Monday, August 1, Tribar waited seven hours to notify state regulators. The facility is now temporarily closed due to a cease-and-desist order issued by the City of Wixom. Wixom owns the wastewater treatment plant downstream from Tribar.

Local police and the Michigan Department of Environment, Great Lakes, and Energy (EGLE) are investigating.

EGLE is conducting tests in the Huron River to identify concentrations of the chemical and has located a portion of the plume in Hubbell Pond, near Milford. Concentrations of 9 ug/liter and 11 ug/liter of hexavalent chromium were reported on Friday, August 5, in two samples from Hubbell Pond. EGLE is also collecting sediment samples and examining what portion of the release may have been captured in the Wixom wastewater treatment plant.

EGLE has issued a "no contact" order for a stretch of the Huron River just downstream of the facility in an area that's popular with canoeists, kayakers, and anglers. A "Do Not Eat" advisory for fish caught in the river was already in place due to PFAS pollution from the same facility. Tribar Manufacturing poisoned the Huron River with large-scale releases of PFAS chemicals in 2018.

(For more updates from MLive, check this article.)

What we know about Tribar Manufacturing and hexavalent chromium:

Tribar is a medium-sized auto parts manufacturer that supplies products to Ford, GM, Toyota, Stellantis, and many other automakers. They earn between $100M and $500M in annual revenue and are owned by HCI Equity Partners, a private equity firm based in Washington, DC. The group's leadership has made extensive donations to the Republican National Committee, and to Republican think tanks and political action committees. It was founded by Fred Malek, an assistant to Richard Nixon and George H.W. Bush and a business partner of George W. Bush.

Tribar uses hexavalent chromium to make materials shiny and to protect them from rust. It is highly toxic and a known carcinogen. Many places are phasing it out of use; the European Union, the US Army, and the State of California, among others, have banned the chemical.

Hexavalent chromium is even more poisonous to workers exposed to mists from the electroplating operations. PFAS chemicals have often been used as mist suppressants to protect workers from chromium exposure.

The Ecology Center has worked since the 1990s to eliminate the use of hazardous metals, including lead, mercury and hexavalent chromium, in vehicle production.  This work led to a US phase-out of mercury- and lead-containing components in vehicles, and the Ecology Center has urged the industry to implement European bans on hexavalent chromium in their US supply chain for decades.

EGLE is estimating that any contamination in the river would take at least several weeks to a month to reach the Ann Arbor water treatment plant intake on the Huron River. The plant treatment system is not currently able to remove hexavalent chromium.

The treatment plant has purchased additional treatment technology and is conducting treatability studies now to determine the best approach to treat hexavalent chrome contaminated source water.
Check for updates from the City

What we know about efforts to clean up the river and about serial corporate polluters like this:

Tribar and HCI Equity are legally responsible for cleaning up the river. That will require the contamination to be found, removed, and treated.

The City of Ann Arbor is the only downstream community that uses the river for drinking water. Thankfully, the City could be able to temporarily stop pulling water from the river and switch to two wells as a direct water source. Ann Arbor’s current filtration system, in place to filter out PFAS, cannot capture hexavalent chromium but the city has ordered new treatment materials and is immediately conducting treatability studies. We also applaud the City of Ann Arbor’s plan to evaluate legal action against the company.

EGLE and the US Environmental Protection Agency could (and should) take enforcement actions against the company.

Progressive among states, Michigan’s Constitution declares that “the conservation and development of the natural resources of the state are hereby declared to be of paramount public concern in the interest of the health, safety, and general welfare of the people.” Michigan was the first state to ban DDT, and to adopt an Environmental Protection Act, before the federal government did so. In 1990, Michigan adopted the strongest polluter pay law in the country. In 1995, though, that law was repealed, and our more recent history is sobering – the Flint Water Crisis, widespread PFAS contamination, and now hexavalent chromium in a major river. How much are we willing to let toxic pollution cost us? A city's entire cache of drinkable water? Michigan summers spent on the beach, swimmable rivers, and the whole sport of fishing?

What needs to happen next to address this crisis:

Tribar needs to immediately clean up the river–of both PFAS and hexavalent chromium.

Automakers and other end users need to direct their suppliers to quit using hexavalent chromium.

The State of Michigan and the federal government must ban the use of this chemical altogether.

And here’s what you can do:

Sign this petition calling on major automakers to phase out the use of hexavalent chromium in their vehicles.

And, if you live in southeast Michigan, please join the Ecology Center and partners for a protest Wednesday, August 10, at 12:00 noon, at the Heavner Canoe Rental (2775 Garden Road, Milford), to demand that repeat offender Tribar be held accountable for its pollution. Parking is limited onsite so please consider carpooling or riding a bike, if you are comfortable. 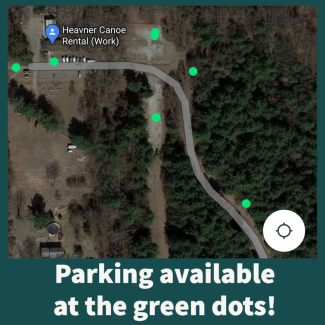